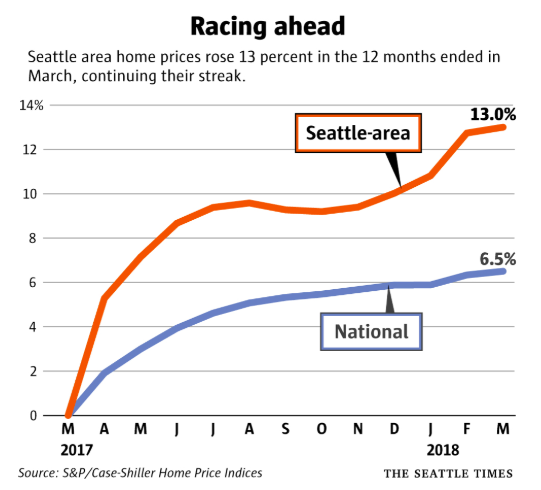 Greater Seattle has now led the nation in home price increases for 20 months in a row, tied for the second-longest streak.
Seattle has been the hottest housing market in the country since September 2016. Since then, home prices here have grown about $200,000 — about eight times the national average.
At the beginning of the streak, the typical house cost $625,000 in Seattle and $768,000 on the Eastside. Now median-priced homes are selling for $830,000 in Seattle and $960,000 on the Eastside. Source:Seattle Times.

While it’s been a challenging time for buyers to find and compete effectively when purchasing homes we are seeing some relief lately as the Months of Inventory on the market has increased slightly recently. June had a 1.5 month supply of inventory in King and Snohomish Counties combined (Per NWMLS) This is the highest rate since Sept. of 2016. 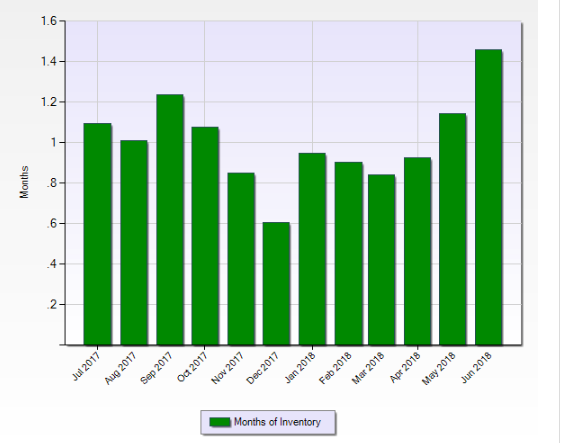