The catastrophic theft of 143 million consumers’ personal data from national credit bureau Equifax could cause financial grief for years for home buyers and mortgage applicants.
The odds are that some of your sensitive information was stolen — possibly your address, Social Security number, driver’s license and credit card numbers — and could now be up for grabs to the highest bidders on a Dark Web site. Equifax and the other two national bureaus, Experian and TransUnion, keep files on approximately 220 million individuals, so roughly two-thirds of consumers are potentially at risk from the breach. Ironically, the people who are called “credit invisibles” — the millions of Americans with little or no information in the bureaus’ files — may be the least affected by Equifax’s security lapse.
Home buyers and mortgage applicants, on the other hand, tend to have significant information on file at the bureaus and could run into complications soon or down the road.

Take this scenario: Say your Equifax file was looted but you’ve done little or nothing to detect fraudulent activity on one or more of your credit accounts. You sign a contract to buy a house, and you apply for a mortgage. The lender pulls your credit and confronts you with shocking news: Your FICO credit score is too low for you to qualify for the loan because you’ve been running up too much debt on one or more accounts. Your “utilization ratio” on your available credit is too high, and that has depressed your score. Or there’s a newly established account in your files that has put you deep in debt, even though you had nothing to do with it.
It turns out that financial thieves have been racking up thousands of dollars in debts at your expense, and now — smack in the middle of a major lifetime investment — you’re stuck with having to get the file corrected, which takes time and can be a pain. In the meantime, what happens to your purchase contract? Will the sellers bear with you, essentially putting off the transaction indefinitely and possibly blowing up their own plans to move into another house on a specific date? It could all get really messy.
Another scenario: Say your lender already has approved you for a mortgage or a home-equity loan. Before the scheduled closing, the loan officer does what has become standard practice in the mortgage industry in recent years — runs another credit check to make sure no new debts have been added since your application. But in the meantime, identity-theft criminals have created a new account or run up charges on one or more of your credit cards, knocking your debt-to-income ratio out of sight.
At the very least, whatever rate locks you had could be blown as you scramble to get your files corrected. Or your entire loan transaction could be jeopardized if the process takes too long.
Terry W. Clemans, executive director of the National Consumer Reporting Association, many of whose members provide the merged credit bureau reports used by mortgage companies to evaluate applicants, told me that given the extent of the data theft at Equifax, “there’s bound to be a lot of damage” to all types of credit users, including those seeking to finance, buy and sell houses. He said the theft of driver’s licenses is especially worrisome because, combined with stolen names, addresses, Social Security numbers and other data, license numbers could help cyber thieves “create a more credible fake ID” — credible enough to fool lenders into believing they are dealing with the real you.
Clemans said he would advise consumers to “lock down your files” with fraud alerts or credit-file freezes. The latter can prevent criminals from creating accounts in your name by denying access to your credit reports. The former signals potential creditors to take extra steps to verify identity before issuing new credit in your name.
The Federal Trade Commission, which, along with the Consumer Financial Protection Bureau, regulates the credit arena, offers defensive guidance at consumer.ftc.gov/blog/2017/09/equifax-data-breach-what-do. The FTC also has helpful information on identify-theft countermeasures at consumer.ftc.gov/features/feature-0014-identity-theft. Another good site if you’re thinking of doing a freeze is uspirg.org/resources/usp/protect-yourself-against-new-account-id-theft. You can also avail yourself of the free, three-bureau credit monitoring service being offered by Equifax at equifaxsecurity2017.com. Most important first step: Check your three credit reports free at annualcreditreport.com and see whether anyone has been tampering with your accounts. 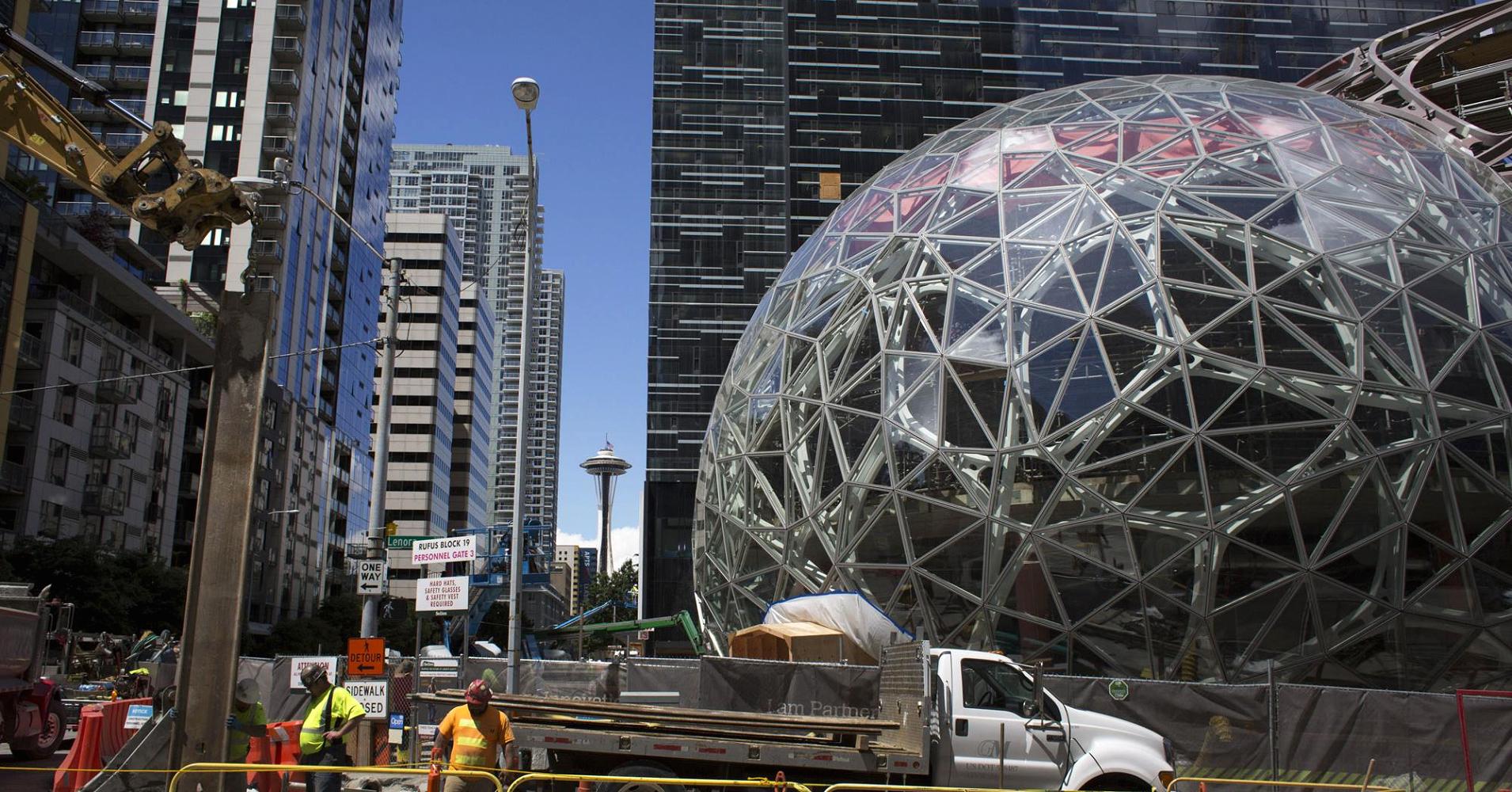 Amazon’s plans to build a second North American headquarters, announced on Thursday, is highly unusual, even for a company this big, and could be more of a “marketing ploy,” some academics said.
Amazon’s potential goal: to generate enough buzz to attract more offers with better benefits, including steep tax breaks. The announcement opened up a bidding process for cities across the region.
But the academics noted most of Amazon’s executive team will remain in Seattle.
“I think the name ‘headquarters’ is a little bit of a marketing ploy. I mean they just want to have a big office in another city,” Felipe Caro, a professor at UCLA’s school of management, told CNBC.
Caro said cities and states are willing to do anything to attract tech companies these days because they create lots of new jobs and could spur other companies to open shop as well, boosting the region’s overall economy. In return, companies are given outsize benefits, mostly in the form of tax breaks, but their economic impact far outweighs the loss in taxes, he said.
For example, Apple recently got more than $200 million in tax breaks to build a data center in Iowa, while Foxconn is expected to receive a $3 billion tax incentive package for building a plant in Wisconsin. By attaching the “second headquarters” title to their new office, Amazon could get even more incentives, he said.
In fact, as CNBC reported earlier, more than a dozen cities have already expressed their desire to become Amazon’s second home.
“Tech companies are treated as royalty these days. All these tax breaks and benefits are free money for them,” Caro said.
Michael Useem, a management professor at the Wharton School, said companies do build a large presence in multiple cities, but it’s rare to see them call it a “second headquarters.”
For instance, Lenovo had multiple main offices after acquiring IBM’s PC unit, and Gap has moved most of its business to New York City, despite having its official headquarters in the Bay Area, but there hasn’t been a major company run two “headquarters” simultaneously. Rather, it could be Amazon CEO Jeff Bezos simply thinking out of the box, he said.
“It’s not only uncommon, it’s almost unheard of,” Useem said of Amazon’s plan to open a second headquarters. “It’s symptomatic of how Jeff Bezos kind of breaks all the rules along the way: Why not build a second headquarters and see how it works out?”
But if there’s any company who’s able to pull it off, it has to be Amazon, Caro said. Amazon’s corporate culture of keeping different business units almost run like independent companies could make it relatively easy to run two massive headquarters separately.
“It’s a reasonable move. It’ll fit with this decentralized culture that they already have,” he said.