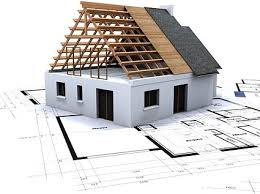 While Seattle has been in the midst of a strong building boom and strong economic growth for quite some time this has not been the case for the entire country. It looks like the rest of the country is headed for an upswing in building and hopefully increased economic development.

WASHINGTON (Reuters) – U.S. homebuilding jumped to a one-year high in October as disruptions caused by recent hurricanes in the South faded and communities in the region started replacing houses damaged by flooding.
The sharp rebound in home construction reported by the Commerce Department on Friday was also driven by robust gains in the Northeast and Midwest regions.
The broad recovery could ease concerns about the housing market, which has been a drag on economic growth since the second quarter. The report added to labor market, manufacturing and retail sales data that have pointed to strong economic momentum as the year winds down.
“Homebuilders are building and that signals greater confidence in the economy ahead,” said Chris Rupkey, chief economist at MUFG in New York. “Housing construction has been the missing link in the puzzle over why investment spending has lagged in this recovery.”
Housing starts surged 13.7 percent to a seasonally adjusted annual rate of 1.29 million units. That was the highest level since October 2016 and also the second-best reading in 10 years. September’s sales pace was revised up to 1.135 million units from the previously reported 1.127 million units.
Groundbreaking activity in the South, which accounts for almost half of U.S. residential construction, plummeted in the aftermath of Hurricanes Harvey and Irma. The storms slammed Texas and Florida in late August and early September.
Economists polled by Reuters had forecast housing starts rising to a pace of 1.185 million units last month.
The PHLX housing index was 0.5 percent higher, bucking a broadly weaker U.S. stock market. Shares in the nation’s largest homebuilder, D.R. Horton, rose 0.6 percent and Lennar Corp gained 0.5 percent. Pultegroup shares increased 0.4 percent.
Prices of longer-dated U.S. Treasuries were trading higher, while the dollar was weaker against a basket of currencies.
HOMEBUILDER CONFIDENCE HIGH
Housing starts in the South soared 17.2 percent in October to 621,000 units, with single-family construction vaulting 16.6 percent to its highest level since 2007. There were also increases in homebuilding in the Midwest and Northeast.
“The pace of building came back stronger than before the storms hit, which suggests the increase from recovery may have already started in fourth quarter,” said Mark Vitner, a senior economist at Wells Fargo Securities in Charlotte, North Carolina.
October’s increase in starts ended three straight months of declines, leading economists to expect that housing would contribute to gross domestic product in the fourth quarter.
Homebuilding has struggled this year, hamstrung by shortages of land and labor as well as expensive lumber. Investment in homebuilding has contracted for two consecutive quarters. That has contributed to a worsening housing shortage, which has held back home sales.
A survey on Thursday showed confidence among homebuilders in November at the second-highest level since July 2005 amid optimism about current sales conditions and buyer traffic. Builders, however, continued to complain about the lack of buildable lots, land and pricey materials.
Single-family homebuilding, which accounts for the largest share of the housing market, increased 5.3 percent to a rate of 877,000 units in October, the highest level in eight months.
Single-family starts fell 22.4 percent in the Northeast and slipped 7.7 percent in the West. They rose 7.8 percent in the Midwest. Groundbreaking on single-family housing projects has slowed since racing to near a 9-1/2-year high in February.
Last month, starts for the volatile multi-family housing segment surged 36.8 percent to a rate of 413,000 units.
Permits for future homebuilding increased 5.9 percent to a rate of 1.297 million units in October, the highest level since January. Single-family home permits rose 1.9 percent to their highest level since September 2007, while permits for the construction of multi-family homes jumped 13.9 percent.
Housing completions increased 12.6 percent to a rate of 1.232 million units last month, the highest level since February 2008. The rise in completions was, however, driven by the multi-family housing segment, which will probably do little to eliminate the acute shortage of properties available for sale.
Realtors estimate that housing starts and completions need to be in a range of 1.5 million to 1.6 million units to plug the inventory gap.
Home completions for buildings with five units or more surged 37.9 percent last month to their highest level since April 1988. Single-family home completions increased only 2.6 percent last month.
“For a significant increase in new homes, municipalities are going to have to work harder to make more land available for building,” said Robert Frick, corporate economist with Navy Federal Credit Union in Vienna, Virginia.